A source told People the 50-year-old actor is seeking to sell the 38-year-old actress’ multi-million dollar home to provide for their 6-year-old twin sons, Max and Bob. The insider clarified Sheen is not evicting Mueller, contrary to reports.

“Brooke and the boys did not get kicked out of the house, but Charlie does need to sell the house,” the source said. A different insider told the magazine Mueller is still living in the home, and the sale is “not a concern right now” for the actress.

Sheen and Mueller were married from 2008 to 2011, and the actor is also father to daughters Cassandra, Sam and Lola. The former Two and a Half Men star revealed he is HIV-positive last week, but Mueller and his children are virus-free.

“Charlie only has one house,” a source told Us Weekly. “The other two houses were each bought as a trust for his kids, one for Sam and Lola and the other for Bob and Max, and are controlled by their mothers, [Denise Richards and Mueller]. If the houses are sold, the money goes right to his kids.”

“Charlie has been extremely generous to his kids and always has taken care of them,” the insider added. “He still sees them and wants to have a strong relationship with them. He always puts his kids first now. So the houses don’t have anything to do with the extortion.”

Sheen claimed he partially went public with his HIV status in response to people extorting him for money over the information. The star’s dad, actor Martin Sheen, praised his son for his “courage” following the reveal on the Today show. 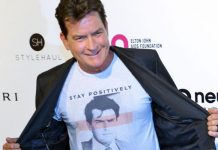 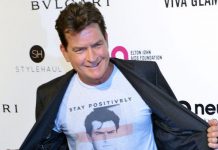 Charlie Sheen on being diagnosed with HIV: ‘I immediately wanted to eat a bullet’