May 4 (UPI) — Chris Hemsworth thanked viewers this weekend in an Instagram video for watching his new Netflix original movie, “Extraction.”

“I just want to say a massive ‘thank you’ to everyone who checked out ‘Extraction.’ You’ve made it the No. 1 film on the planet right now, and it looks like it’s going to be Netflix’s biggest feature film of all time, which is absolutely mind-blowing,” he added.

“On behalf of myself, the Russo Brothers, Netflix, our director Sam Hargrave, thank you so, so much. We love you guys.”

The streaming service tweeted Friday: “EXTRACTION is well on its way to becoming the biggest-ever film premiere on Netflix — with a projected 90 million households getting in on the action in the first 4 weeks. Thanks to everyone who watched so far!”

Hemsworth, who is famous for playing Thor in the Marvel Cinematic Universe, previously worked with the Russos on “Avengers” movies. 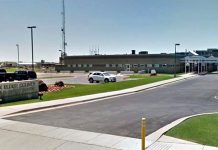