April 22 (UPI) — Chris Pratt has been honored with a star on the Hollywood Walk of Fame.

Faris documented the experience from her point of view via Twitter, sharing a photo of Pratt teaching their little boy at home how to tie a tie, then posting a picture from the car on the family’s way to the event and another snapshot from where she was seated behind her husband as he was being recognized.

Pratt, 37, is also known for his roles in the films “Jurassic World” and “The Magnificent Seven,” and the sitcom “Parks and Recreation.” 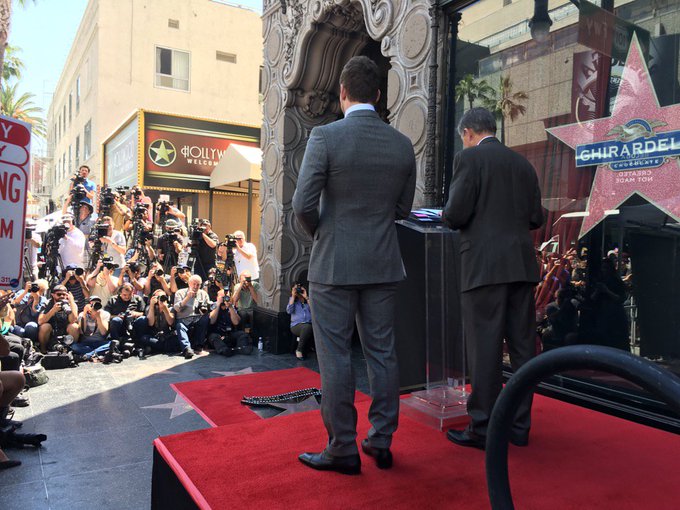