LOS ANGELES, Aug. 10 (UPI) — Christie Brinkley and John Mellencamp have called it quits after one year of dating.

“Both the mileage between their homes and their heavy career demands interfered with their ability to maintain the relationship,” a rep for the pair confirmed to Entertainment Tonight.

“They vowed to remain best of friends.”

Brinkley, 62, and Mellencamp, 64 were first linked together in September of 2015 after they were spotted on a date together at the Bowery Hotel in New York City.

While discussing her romance with the musician on “The Wendy Williams Show” in November, Brinkley mentioned, “I’m just having fun and, you know, we’ll see.”

“We’re dating and you know, having a good time. You’ve been subjected to my private life enough so I’m just trying to keep my private life private,” she continued about the media coverage that has followed her dating life.

The supermodel’s previous relationship with fourth husband Peter Cook ended in divorce in October of 2008 while Mellencamp and actress Meg Ryan ended their on-again, off-again relationship in 2015. 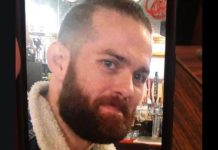 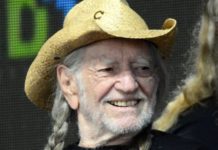