Comcast sent a letter to the board of directors of 21st Century Fox offering $35 per share in cash for the assets, representing a premium of about 19 percent of Disney’s offer.

“We were disappointed when 21CF decided to enter into a transaction with The Walt Disney Company, even though we had offered a meaningfully higher price,” Comcast Brian Roberts wrote in the letter. “We are pleased to present a new, all-cash proposal that fully addresses the Board’s stated concerns with our prior proposal.”

Disney reached a deal worth more than $52 billion in stock in December to acquire entertainment assets from 21st Century Fox, including Fox’s movie studios, the National Geographic and FX networks, Star TV, stakes in Sky, Endemol Shine Group and Hulu, as well as regional sports networks.

Under the agreement, the Fox Broadcasting Network and its stations, Fox News Channel, Fox Business Network, Fox Sports 1 and 2, the Big Ten Network and Fox’s Hollywood film lot would spin off into a separate company, which is expected to have revenues totaling about $10 billion.

The deal came a day after a federal judge approved AT&T’s $85.4 billion acquisition of Time Warner on Tuesday.

The judge’s decision rejected the U.S. government’s argument that such deals between competing television companies would lead to fewer choices for consumers and prompt higher TV and Internet prices. 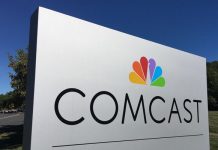 Comcast unveils eye-tracking remote software for those with disabilities