June 12 (UPI) — “Come From Away” director Christopher Ashley says he would love to hear from Canadian Prime Minister Justin Trudeau about his Newfoundland-set musical’s win at the Tony Awards ceremony in New York on Sunday night.

Ashley appeared in the Tonys press room after he won the prize for Best Direction of a Musical.

Asked by a journalist if he is hoping for a tweet from the social media-savvy politician, Ashley replied: “If I got one, it would blow my mind. He came to see the show and really spent so much time with the cast. … He’s a hero of mine.” 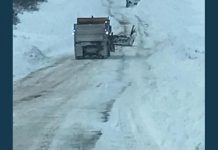