LOS ANGELES, Sept. 16 (UPI) — Actor Stephen Rannazzisi, who has frequently credited his successful entertainment career on his narrow escape from the World Trade Center attacks in 2001, has admitted to lying about the story.

The League actor, 37, reportedly faced new evidence this week contradicting his tale and released a statement Tuesday revealing it had been completely fabricated.

“I was not at the Trade Center on that day,” Rannazzisi said. “I don’t know why I said this. This was inexcusable. I am truly, truly sorry.”

In the past, the Comedy Central comedian recounted he was working for Merrill Lynch on the 54th floor of the south tower when the first plane hit the adjacent building. “We were like jostled all over the place,” he said in an interview with Marc Maron in 2009.

He continued, saying he fled to the streets below the building just minutes before the south tower was hit by the second plane and decided that day to switch his career. “Our tower fell first,” he told the interviewer. “I had no idea what was going on ’till three hours into it,” he said.

At the time, Rannazzisi said the experience of narrowly escaping the attacks still affected him. “I still have dreams of like, you know, those falling dreams,” he said.

The issues with his story are detrimental: Merrill Lynch then had no offices in either tower, nor do they have record of Rannazzisi’s employment with them. In reality, New York Times reports the star was working in Midtown on the day of the attacks.

After admitting he lied about being in the World Trade Center on Sept. 11, 2001, it is unclear what the consequences the actor will face.

“We are disappointed to learn of Steve’s misrepresentations regarding the events of September 11, 2001,” one of his sponsors, Buffalo Wild Wings, said in a statement to the Times Tuesday. “We are currently re-evaluating our relationship with Steve pending a review of all the facts.”

“It was profoundly disrespectful to those who perished and those who lost loved ones,” Rannazzisi said in this week’s statement. “The stupidity and guilt I have felt for many years has not abated. It was an early taste of having a public persona, and I made a terrible mistake. All I can ask is for forgiveness.” 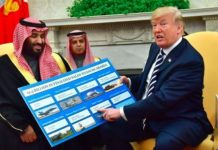