Variety said the cause of his death was complications from a recent shoulder-replacement operation.

“We are stunned that the man behind so many incredible film, theater, and television productions — several of them joyous musicals — was taken away so suddenly,” NBC Entertainment chairman Bob Greenblatt said in a statement. “Craig’s distinguished career as a passionate and consummate producer is eclipsed only by his genuine love for the thousands of actors, directors, writers, musicians, designers, and technicians he worked with over the years. His absence will be felt in our hearts and throughout our business.”

Zadan and his longtime collaborator Neil Meron were announced in May as the producers for a 2019 live network production of “Hair.”

Their previous efforts for NBC included stagings of the musicals “The Sound of Music,” “Peter Pan,” “The Wiz,” “Hairspray” and “Jesus Christ Superstar.” They also produced three Oscars telecasts for ABC 2013-15.

Playbill.com noted Zadan’s stage and screen projects with Meron earned six Oscars, five Golden Globes, 17 Emmys, a Grammy and two Tonys. Among their Broadway credits were “Promises, Promises” and “How to Succeed in Business Without Really Trying.”

They also served as producers on TV’s “Smash” and “Drop Dead Diva,” and on the big-screen versions of “Chicago,” “Hairspray” and “Footloose.”

Zadan is survived by his partner, Elwood Hopkins.

“I’m stunned and saddened by the unexpected passing of Craig Zadan. He’s been a friend my entire adult life, championed me to host the Oscars, brought musical theatre back to TV. A wonderful, kind spirit. My sincere condolences to his family and his partner, Elwood. #RIP,” Neil Patrick Harris tweeted.

“Annie, The Music Man, Promises, Hairspray… Craig, you were there with me from the beginning. This is a true loss not only for me, but for the world. Rest in peace, sweetheart,” Kristin Chenoweth wrote.

“In shock….Craig Zadan, my colleague and producer of Hairspray and so many musicals has passed…. prayers for him and his loved ones….I’m so confused and disoriented….he and @neilmeron gave me the opportunity of a lifetime with that movie. I’m so so grateful and so so sad. #rip,” said Adam Shankman.

“RIP to our friend Craig. He produced Jesus Christ Superstar with us and also produced the Oscars when Common and I sang “Glory” in front of a replica of the Pettus Bridge. A wonderful producer and a lovely man,” John Legend wrote in his post. 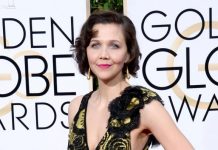 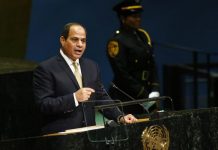 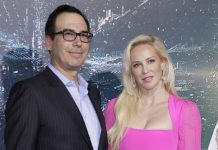