April 10 (UPI) — The actors who played Britain’s Prince Philip on the Netflix drama “The Crown” are mourning the royal’s death at the age of 99.

“If I know anything about the Duke of Edinburgh I’m fairly sure he wouldn’t want an actor who portrayed him on TV giving their opinion on his life, so I’ll leave it to Shakespeare. ‘O good old man! how well in thee appears. The constant service of the antique world…’ RIP,” Tobias Menzies, who played Philip in Seasons 3 and 4, tweeted Friday.

Matt Smith, who portrayed the duke in the first two seasons of the show, issued a statement to E! News.

“I’d like to offer my condolences to Her Majesty the Queen and the Royal Family. Prince Philip was the man. And he knew it. 99 and out, but what an innings. And what style,” Smith said. “Thank you for your service old chap — it won’t be the same without you.”

Philip married Queen Elizabeth II in 1947 and was the longest-serving consort of a reigning British monarch.

He died at home after spending weeks in London hospitals and undergoing an unspecified heart procedure March 4 for a pre-existing condition. 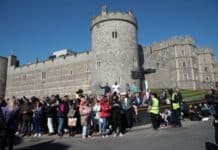 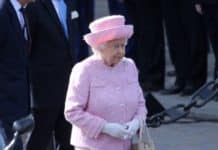