Gooding faces a four-count indictment of forcible touching and third-degree sex abuse. Tuesday he pleaded not guilty to a pair of misdemeanor charges that say he fondled a second woman in Manhattan a year ago. The court released him on his own recognizance.

Defense attorney Mark Jay Heller told NBC News earlier the new charges were “unsubstantiated” and “from a long time ago.”

Gooding surrendered to New York City police on June 13 on the original misdemeanor charges that said the Oscar winner touched a 29-year-old woman unsolicited at a Manhattan lounge that month. The accuser said she believed Gooding was intoxicated at the time.

If convicted, Gooding could face up to a year in prison. His next court date is in December. 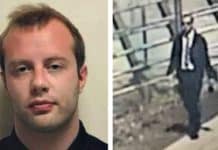