May 25 (UPI) — The CW announced Tuesday that it would begin airing programming seven nights a week beginning in the fall. This adds Saturday nights to their lineup.

The first Saturday night event of the season will be the iHeartRadio Music Festival on Oct. 2 at 8 p.m. EDT. Subsequent Saturdays will feature “Whose Line Is It Anyway?” and “World’s Funniest Animals” at 8 p.m. and 9 p.m. respectively.

Sundays feature new game shows, including a revival of “Legends of the Hidden Temple” at 8 p.m. and a U.S. version of the U.K. series “Killer Camp.” “All-American” returns Mondays at 8 p.m., followed by a re-imagining of the sci-fi drama “The 4400” at 9 p.m.

“The Flash” and “Riverdale” return Tuesdays at 8 and 9 p.m. respectively. Both shows promise five-episode events to begin their seasons.

Wednesday is a superhero night with “DC’s Legends of Tomorrow” and “Batwoman” returning at 8 and 9 p.m. respectively. Thursdays remain “Walker” and “Legacies”‘ night at 8 and 9 p.m.

The CW is also planning three specials for the end of 2021. “The Waltons’ Homecoming” will star Bellamy Young, Logan Shroyer and original “Waltons” star Richard Thomas as the 1930s family.

“The Scooby-Doo Reunion Special” will reunite the animated Mystery Inc. gang to reminisce about their past adventures. However, this homage to reunion specials like “Fresh Prince of Bel-Air” and “Friends” will turn into a brand new Scooby-Doo mystery.

“Beebo Saves Christmas” is another animated special, featuring the Beebo toy from the Arrowverse. Greg Berlanti and his team produce. 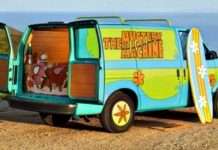