LOS ANGELES, July 11 (UPI) — Ghostbuster Dan Aykroyd is back in the paranormal realm with the new Travel Channel series “Hotel Paranormal.” Aykroyd narrates true stories of people who have reported encounters with spirits at hotels.

Aykroyd created the 1984 movie “Ghostbusters,” but spirits ran in his family for generations before. His great-grandfather, Sam Aykroyd, was a member of the Lily Dale Assembly, which still practices psychic mediumship.

“My great-grandfather was a part of this open, tolerant society based upon the belief that the consciousness of a person survives after death,” Aykroyd told UPI in a recent phone interview. “I grew up with this belief, stronger than my Catholic belief.”

Dan Aykroyd grew up reading magazines like The Journal of the Society for Psychical Research and Fate Magazine, documenting paranormal phenomena. These were magazines left behind by his great-grandfather.

From that family interest, Aykroyd created “Ghostbusters,” a franchise that remains popular today. He still believes in ghosts, and thinks he once experienced a paranormal phenomenon.

“I think something got in the bed with me one night,” Aykroyd said. “I didn’t look to see. I just snuggled up next to it, whatever it was. I had a good night’s sleep.”

“Hotel Paranormal” takes the people who report paranormal encounters in hotels seriously, too. That is why Aykroyd agreed to narrate the show.

“We know these people went through trauma here,” Aykroyd said. “We give them a voice and a place to talk about it. Why would they make up these torturous stories?”

The premiere episode of “Hotel Paranormal” chronicles the case of repo man Frank Ramirez. In Room 38 of a Texas hotel not named in the show, Ramirez recorded a cell phone video of the telephone receiver jumping off the cradle.

On his drive home, Ramirez says he saw a spirit in the back seat. He ultimately sought a priest to perform an exorcism. Aykroyd said he believes Ramirez’s story.

“Some psychologists say he’s a sadist,” Aykroyd said. “He wants to torture himself, so he makes up these memories. This is often what skeptics will throw at it.”

Aykroyd believes the cellphone evidence, as well as evidence presented in subsequent episodes.

“[A female spirit] appeared to have a veil, and she hovered five floors up outside the guy’s hotel room,” Aykroyd said. “He had the picture of that.”

As a believer, Aykroyd enjoys learning new stories about haunted hotels. Prior to “Hotel Paranormal,” he was aware of rumors that Chateau Marmont, Hotel Del Coronado and Copley Plaza were haunted.

His favorite episodes of “Hotel Paranormal” include those in which new management takes over, only to discover the hotel is more than just a fixer upper.

“Not only is there a bad sewage problem or an electrical problem, but the gates to hell have opened up,” Aykroyd said.

Aykroyd returns to the world of “Ghostbusters” in the upcoming sequel “Ghostbusters: Afterlife.” The film was postponed from opening this summer due to the COVID-19 pandemic. It now will open March 5.

“We’ll be able to do follow-ups,” Aykroyd said.

Aykroyd says he is happy to wait until March to present “Ghostbusters: Afterlife” in theaters, however. Some films, like “Greyhound” and “The King of Staten Island,” went straight to streaming or video-on-demand.

Christopher Nolan still hopes to release “Tenet” in theaters, but the latest delay pushes it to Aug. 12. Aykroyd believes “Ghostbusters: Afterlife” is meant for the big screen, but will give theaters time to test their reopening protocol.

“The way to see it is in a big theater, big sound, big effects, big scares, big laughs,” Aykroyd said. “Of course, we have to save it for that.” 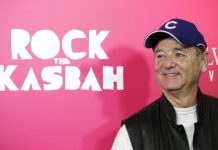 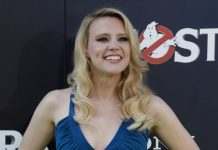