Following the debut of his Steve Jobs at the Telluride Film Festival, Boyle told Deadline Trainspotting 2 will be his next film, if his actors’ schedules permit.

“All the four main actors want to come back and do it,” Boyle said at the festival’s after-party for the first public screening of Jobs, starring Michael Fassbender. “Now it’s only a matter of getting all their schedules together which is complicated by two of them doing American TV series.”

Boyle is speaking of Jonny Lee Miller, who plays Sherlock Holmes in CBS’Elementary, and Robert Carlyle, who portrays Rumplestiltskin on ABC’s Once Upon A Time. Original lead Ewan McGregor will appear as Lumiere in the upcoming live action film Beauty and the Beast while fourth Trainspotting original Kevin McKidd is a regular on Grey’s Anatomy.

Trainspotting was written by John Hodge and based on a novel by Irvine Welsh. Hodge also penned the script to the sequel, which Boyle tells Deadline is “terrific.” 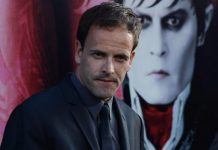 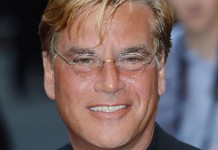