LOS ANGELES, Oct. 20 (UPI) — Warner Bros. and Harry Potter producer David Heyman are teaming up with the Roald Dahl estate on a reboot of the classic film “Willy Wonka.”

Heyman and Michael Siegel, the manager of Dahl’s estate, will produce the film which will focus on the story of Wonka himself.

A source close to the film said more films are possible if the first one is successful, including revisiting some of the characters made popular in the 1971 movie starring Gene Wilder.

Warner Bros. also put out another adaptation in 2005, which starred Johnny Depp as Wonka and was directed by Tim Burton, and is currently working on a stage version which is set to open on Broadway in April 2017.

The original source, Dalh’s book “Charlie and the Chocolate Factory,” was published in 1964. 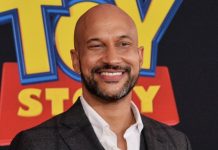