LOS ANGELES, Nov. 4 (UPI) — Demi Lovato and Sylvester Stallone faced off in a friendly boxing match Wednesday that was shared on social media.

During the fight, which took place inside the Unbreakable Performance Center in Los Angeles, Stallone could be heard saying “I slipped! I swear, it was an accident!” after he was defeated.

Stallone even shared the clip on his Instagram account writing, “Rocky gets knocked out by his long-lost daughter, Roxana … Starring Demi Lovato @ddlovato. The Unthinkable At Unbreakable.”

The post is the latest from Lovato, who has been sharing workout videos recently on the photo-sharing app.

In an interview with “Entertainment Tonight,” Lovato’s personal development coach Mike Bayer opened up about her workout regime, saying, “Demi is doing Jiu-Jitsu, and she’s already got a stripe on her belt. She loves Jiu-Jitsu, and she loves kickboxing, and I create a plan around that because I knew that for her, that would be a passion. That would be enjoyable. That would make her feel accomplished.”

Lovato last made headlines in October when she announced that she was taking a break from music in 2017. 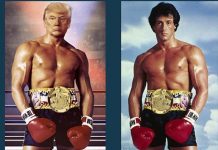 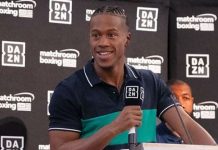 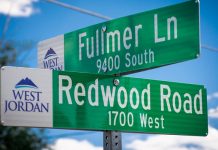