The auteur’s body was discovered Friday night and the cause of his death is under investigation, Variety reported.

Wrona had been preparing for the Polish premiere of Demon at the Gdynia Film Festival. The horror movie was screened at the Toronto International Film Festival last week and is scheduled to play there again Saturday night.

“We are all deeply shocked and saddened at the news of the sudden death of Marcin Wrona,” the Toronto International Film Festival organizers said in a statement. “His film Demon truly marked the emergence of a strong new voice on the world cinema stage. Our thoughts go out to his friends and family, especially his wife and producing partner, Olga Szymanska, who was with him at the premiere in Toronto.”

“As the organizers of the festival and at the same time friends of Marcin, we are deeply shocked and saddened by this information,” said representatives of the 40th Gdynia Film Festival. “We would like to express our sincere condolences to the wife of the director and all the people who were close to him.” 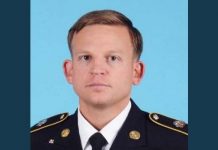 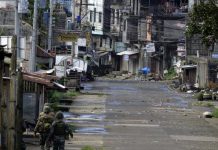