CULVER CITY, Ca., July 11, 2016 (Gephardt Daily) — With the review embargo lifted on the new film “Ghostbusters,” directed by Paul Feig and starring Kristen Wiig, Melissa McCarthy, Leslie Jones and Kate McKinnon, the reviews are starting to pour in from Europe where the film has debuted, and most of the reviews aren’t good.

But that’s not the point.

The Village Voice reviewed the film, which seems to follow most critic’s negative reaction to the film.

Excerpt: “Yet the main performers rarely get to display their individual idiosyncratic strengths. It’s particularly dispiriting to hear McCarthy, one of the most floridly gifted verbal riffers in comedy, have to utter frat-brah catchphrases like ‘Let’s do this.'”

But has Sony returned to the “David Manning” school of film reviewing?

According to furiousfanboys.com, the answer is yes. The website is saying, ” … it appears Sony may be participating in astroturfing to combat negative reviews by planting a positive review by a marketing and PR person on YouTube.”

About a decade ago Sony invented a film critic named David Manning to put positive reviews and quotes on movies that weren’t really being well reviewed, such as the Rob Schneider comedy “The Animal,” which Manning called “Another Winner!”

According to Wikipedia, Manning was credited to The Ridgefield Press, a small Connecticut weekly. During an investigation into Manning’s quotes, Newsweek reporter John Horn discovered that the newspaper had never heard of him.

The story emerged at around the same time as an announcement that Sony had used employees posing as moviegoers in television commercials to praise Mel Gibson’s “The Patriot.” These occurrences, in tandem, raised questions and controversy about ethics in movie marketing practices.

Sony was caught doing this and sued, and on Aug. 3, 2005, Sony made an out-of-court settlement and agreed to refund $5 each to dissatisfied customers who saw “Hollow Man,” “The Animal,” “The Patriot,” “A Knight’s Tale,” or “Vertical Limit” in American theatres, as a result of Manning’s reviews.

Now with the release of the reboot of “Ghostbusters,” media experts are wondering if Sony may be up to its old tricks by placing a possibly “produced” positive Ghostbusters review in the light of the movie being trashed by real critics.

The video was posted to the “Island Arcade” YouTube channel, as well as uploaded to multiple other channels, just a few hours after the first real review went viral on the internet.

Furiousfanboys is reporting a user named Tyler Murray on the Midnight’s Edge Facebook group did some digging, and discovered this about the review and reviewer:

They point out that it’s highly suspicious that a small and unknown YouTube channel guy can produce such well produced opinion just hours after a very negative review went viral and right before the official U.K. release of the movie.

I know for a fact how hard getting onto film junkets are. And there are a lot of hoops the studios make you go through to attend. Including proof of your subscriber numbers, TV ratings and demographics, consistency, history of film reviews and who’s following you.

So someone with a few hundred subscribers and very few actual movie reviews to show, it is suspect to be invited.

Even more suspicious? I his LinkedIn profile he describes himself as:

“I’m an Integrated marketing professional with a strong background in public relations, convention management, and social media. I work with nonprofits to identify emerging media trends to create targeted integrated marketing campaigns for sci-fi and fantasy culture. In other words, if there were two sides to the marketing force, I would forever choose the path of the Jedi. Also, I own a Tardis.”

And here he is with the Paul Feig, director of “Ghostbusters” taken from the Island Arcade Twitter page. Paul Feig also “liked” this tweet from Island Arcade right before the screening.

Furiousfanboys is curious that a marketing person with a background in PR and social media in his first and only review made a glowing review for a “Ghostbusters” movie that most real critics are not really liking.

That’s pretty much the definition of a shill and astroturfing.

His “defense” is that he got into the screening from a signup form for YouTubers that YouTube Space posted.

And he can’t provide any evidence of this form because “It’s been taken down.” But other YouTubers (some with 10 times the subscribers as him) have never heard about it.

And in the long run, whether a film critic likes “Ghostbusters” or not, the studios need to stop loading the dice. It’s unfair to the audience they say they respect.

Also remember it is up to the studio to show a film to critics or not, if they know the film won’t gain much critic backing and needs audience support they have, in many cases, bypassed the film critics completely. 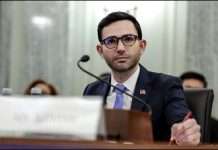