Phelps will swim against a great white shark in the Discovery special “Phelps Vs. Shark: Great Gold Vs Great White” as part of the eight-day marathon of shark-themed programming.

“He is our greatest champion to ever get in the water,” Discovery said of Phelps in a press release. “But he has one competition left to win. An event so monumental no one has ever attempted it before. The world’s most decorated athlete takes on the ocean’s most efficient predator.”

“Phelps Vs. Shark” will air on the first day of “Shark Week” on July 23 at 8 p.m. and will be the first of two specials featuring Phelps.

He will also appear on a program titled “Shark School With Michael Phelps” on July 30 at 8 p.m. where Phelps will join Doc Gruber and Tristan Guttridge of the Bimini Shark Lab for a “crash course on everything ‘shark.'”

“They’ll dispel the myths and common misconceptions, teach him how to safely dive with sharks and will get Michael Phelps up close and personal with the incredible power of a great white,” Discovery said.

“Shark Week” programming will air on Discovery from July 23 to July 30 as the annual event celebrates its 29th anniversary. 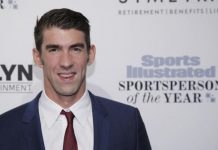 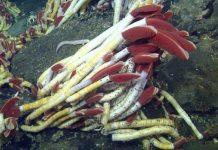 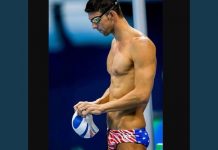 Michael Phelps says he was ‘safe’ during race with shark