May 22 (UPI) — Drake was named Top Artist at the Billboard Music Awards show in Las Vegas on Sunday.

“‘I’ve got my whole family up here. Look at my dad, looking all sharp,” Drake said at the end of the evening, putting his arm around a man in a purple tuxedo and white hat.

“I’ve got the man that is responsible for me being here. I’ve got the love of my life up here, too,” he added, gesturing to Lil Wayne and Nicki Minaj. “I just want to say, ‘Hold tight, Adele, because when the new [album] drops, yeah, you’re getting the record back.’ But I want to say, someone wise once told me that life is like toilet paper: You’re either on a roll or you’re taking … ”

The rest of the statement was bleeped out by ABC censors. 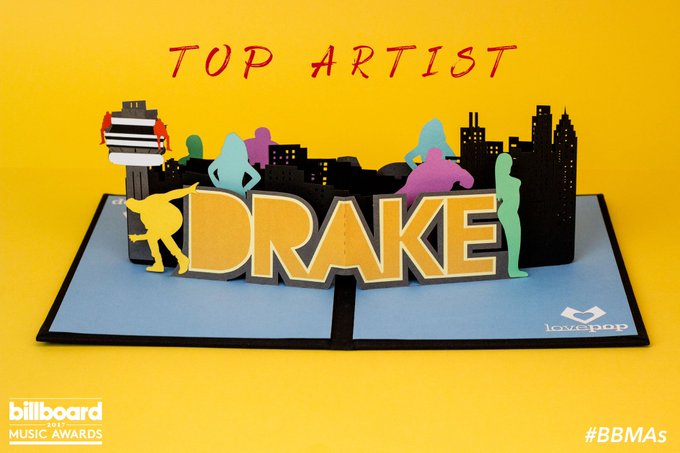 .@Drake breaks the record for most wins in a night! Your #BBMAs Top Artist! Congrats! #DRAKExBBMAs