LOS ANGELES, Calif., Feb. 10, 2016 (UPI) — Glenn Frey, guitarist of the Eagles who passed away on Jan. 18 2016, will be honored in the Grammys with a tribute in charge of the remaining members of the band and Jackson Browne.

The homage will include the participation of Eagles’ co-founders Don Hanley and Bernie Leadon, the guitarist Joe Walsh, the bassist Tim Schmit and Jackson Browne.

It is inevitable that their performance will include the hit “Take it Easy”, which was one of the first most important hits of the band. The song was written primarily by Browne with contributions of Frey and sang by the latter.

Frey died of complications from rheumatoid arthritis, acute ulcerative colitis and pneumonia, according to a statement released by the band. The guitarist had been dealing with these issues since the 1980s, which he blamed on the band’s excess of alcohol and drugs.

The Grammy Awards 2016 will be held at the Staples Center in Los Angeles on Monday, February 15 and will air live on CBS. Amongst the artists with the most nominations are Kendrick Lamar who earned 11 nominations and Taylor Swift and The Weeknd who topped in second place with seven nominations each. 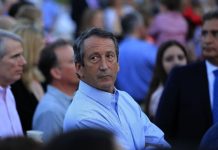