After overdosing on pills back in 2007, Grammy award-winning rapper Eminem found himself close to 230 pounds. Realizing that he needed to lose weight, he quickly replaced his addiction with exercise.

“When I got out of rehab, I needed to lose weight, but I also needed to figure out a way to function sober,” the Detroit native wrote in an essay for the September issue of Men’s Journal. “Unless I was blitzed out of my mind, I had trouble sleeping. So I started running. It gave me a natural endorphin high, but it also helped me sleep, so it was perfect.”

The 8-Mile star took things a little too far, however, running 17 miles a day and tearing up his hip flexors in the process. A change in his routine was needed.

“So when I started to dial back on the treadmill, I tried out some of those workout DVDs you do at home. One of the first ones was Shaun T’s Insanity workout. I know a lot of these DVD guys are wacky, but I’m alone in my gym; I need someone on the TV yelling to motivate me.”

Eminem has continued to utilize workout DVDs in order to stay in shape, mentioning that he has incorporated both P90X and Body Beast into his fitness regimen.

Now fit and sober, Eminem plans to continue to exercise, not wanting to relive the events of 2007.

“Once you’re at a place where you’ve made progress and you’ve got time invested in it,” he wrote, “you don’t wanna quit and give up what you started.” 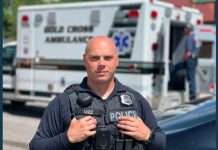 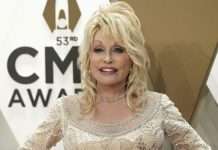 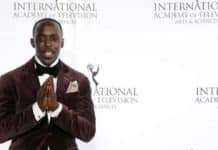