VENICE, Italy, Sept. 11 (UPI) — “The Woman Who Left” won the Golden Lion for Best Film at the 73rd Venice Film Festival this weekend.

The Silver Lion Grand Jury Prize went to “Nocturnal Animals,” while the Silver Lion for Best Director was shared by Andrei Konchalovsky for “Paradise” and Amat Escalante for “The Untamed.” 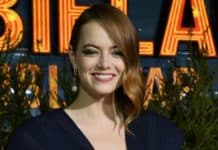