Noel Fielding is also to guest star as musician-composer Thomas Morley in one of the new episodes.

The comedy, which resumed filming this week, follows the “quest of William Shakespeare [played by David Mitchell] to make it as a playwright in London, whilst juggling family life with his loved ones in Stratford-upon-Avon,” a BBC press release explained.

“Perhaps the hardest part of being in a new series of “Upstart Crow” is the challenge of improving on the quote I gave for the press announcement of the first series — a challenge which I have come to the conclusion I am unequal to,” Mitchell said in a statement.

“This is the dream combination of masterful comedy penmanship from Ben Elton, a cast littered with well-loved comedy actors both old and new, who lampoon the life and work of this cultural giant we were all taught to revere in school. It’s British comedy at its finest,” added Shane Allen, the BBC’s controller of comedy commissioning.

“It’s great to welcome back our merry band of players — and if David Mitchell manages to learn all the soliloquies Ben’s written for him then he should be instantly knighted,” remarked Chris Sussman, head of comedy for BBC Studios. 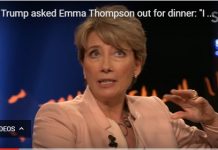 Emma Thompson says Donald Trump once asked her out 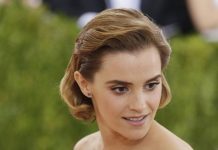 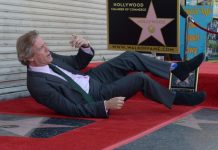