LOS ANGELES, Oct. 26 (UPI) — Emma Watson has urged women to get out and vote in the upcoming election in a new essay posted onto Twitter.

“At times, politics may seem disillusioning, filled with rhetoric and smokescreens. However, regardless of our personal beliefs, it can’t be denied that the result of the upcoming US presidential election will have ripple effects around the world and impact, in one way or another, the lives of millions and millions of people,” the actress started her piece Tuesday.

“America is my second home. I have friends there that I think of as family. It has been excruciating to sit on the sidelines in the months leading up to this election. Goodness, I wish I could vast a vote,” she continued before launching into why its important for women to have their voices heard this election.

“The next president will be able to make decisions about women, about their bodies, about how they are treated at work, on university campuses and at school, about how men treat women and about their rights as citizens,” she wrote. “These decisions affect how young people form their ideas of gender. These decisions will affect whether we believe equality is an idea that matters.”

Watson cited how 70 million women voted in the last election as compared to 60 million men. “Women your vote could swing this election.”

“You have real power to decide the future of generations to come.”

“Her secret service name is Hermione because she is a [expletive] wizard,” Franco said of Clinton. 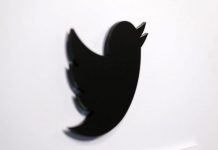 Twitter to ban all political advertising beginning in November