Jan. 29 (UPI) — “Empire” star Jussie Smollett was hospitalized after being targeted in an apparent hate crime.

Entertainment Tonight confirmed Tuesday the 35-year-old actor is recovering after being attacked in what appeared to be a homophobic and racially-charged incident in Chicago.

The Chicago Police Department said the victim was walking when two unknown men approached and shouted racial and homophobic slurs. The offenders allegedly attacked the victim about the face and poured an unknown chemical substance onto him.

Police said the offenders wrapped a rope around the victim’s neck at one point during the incident before ultimately fleeing the scene. The victim took himself to Northwestern Hospital and is in good condition.

“Overnight, the Chicago Police Department received a report of a possible racially-charged assault and battery involving a cast member of the television show ‘Empire,'” department rep Anthony Gulielmi said in a statement.

“Given the severity of the allegations, we are taking this investigation very seriously and treating it as a possible hate crime. Detectives are currently working to gather video, identify potential witnesses and establish an investigative timeline,” he added.

Variety said the alleged attack took place at around 2 a.m. Tuesday morning. Smollett arrived in Chicago Monday, according to an Instagram post, and was slated to perform in the city Saturday.

Smollett plays Jamal Lyon on “Empire,” which returned for a fifth season on Fox in September. He publicly came out as gay during an episode of “The Ellen DeGeneres” Show in March 2015. 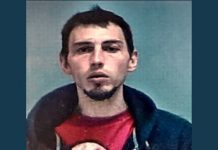 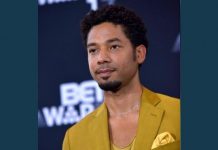