According to USA Today, O’Dell is the married woman being objectified in the leaked 2005 recorded conversation between Trump and Billy Bush and is opening up about the conversation. Bush was her “Access Hollywood” colleague at that time.

In its Friday broadcast, “Entertainment Tonight” identified O’Dell as the Nancy that Trump said he’d attempted to sleep with in the recording.

On Saturday afternoon, O’Dell commented about the conversation on the “Entertainment Tonight” website.

“Politics aside, I’m saddened that these comments still exist in our society at all. When I heard the comments yesterday, it was disappointing to hear such objectification of women. The conversation needs to change because no female, no person, should be the subject of such crass comments, whether or not cameras are rolling. Everyone deserves respect no matter the setting or gender. As a woman who has worked very hard to establish her career, and as a mom, I feel I must speak out with the hope that as a society we will always strive to be better.”

O’Dell and Bush co-hosted the entertainment news magazine together for five years until she left in 2009. This spring, he swapped places with “Today’s” Natalie Morales, joining NBC’s flagship morning show in its 9 a.m. hour while she took over anchor duties on “Access Hollywood.”

It was revealed that Donald Trump had been in Los Angeles for the 2005 Emmys as his reality show, “The Apprentice,” had been nominated. Billy Bush picked Trump up on a tour bus being used to promote “Access Hollywood’s” 10th anniversary. The tour included a stop at “The Days of Our Lives” set.

According to the USA Today article, Natalie Morales said, “There were seven other people on the bus with Mr. Trump and Billy Bush at the time. They were the two person camera crew, the bus driver, an Access Hollywood producer, a production assistant, Mr. Trump’s security guard and his PR person.”

She then explained that when they reached the studio, the camera crew got off the bus to film the two men stepping off. The recording continued, as Bush and Trump sat on the tour bus. It was then Trump told Bush of his unsuccessful try to seduce O’Dell. “I moved on her very heavily,” Trump said, adding that he’d even taken her furniture shopping in attempt to woo her. “I moved on her like a (expletive), but I couldn’t get there and she was married.”

In the recording, Trump added he no longer found O’Dell desirable: “Then, all of a sudden I see her, she’s now got the big phony (breasts) and everything, she’s totally changed her look.”

The two soon were greeted by actress Arianne Zucker, the “Days of our Lives” star, who would be Trump’s guide on the set.

Bush declared Zucker “hot as (expletive), adding “The Donald has scored.” He would later try and help his buddy out by encouraging Zucker to hug Trump.

Both men issued apologies since the audio was released, however, neither man made a direct apology to O’Dell or Zucker personally. 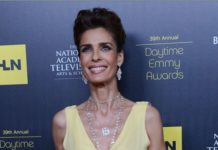 Kristian Alfonso to leave ‘Days of Our Lives’ after 37 years 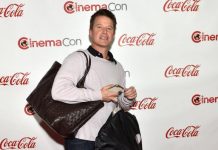 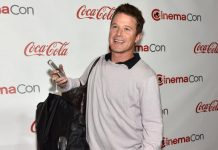 Billy Bush says Trump tape made his daughter cry: ‘She was really upset’