June 1, 2015 (Gephardt Daily) –  On May 16, 1986 the students and faculty of Cokeville Elementary School were taken hostage by a man and his wife. What ensued in the hours that followed will be up for debate for a long time.

In what would become known as “The Cokeville Miracle,” David and Doris Young entered the school with an assortment of rifles, guns and a large gasoline-filled device that appeared to be a bomb. The couple forced students and teachers into a single, small classroom.

David Young attached the bomb detonator to his wrist and threatened the group that at any time the movement of his arm would ignite the bomb.

The couple held the students for 3 hours. The children were becoming agitated and scared which, according to witnesses, made David Young restless. Young decided to leave the room to “clear his head.” Before he left he attached the bomb’s detonation device to his wife’s wrist.

As the children grew louder, Doris Young, in an attempt to quiet them, lifted her arm sharply. The bomb exploded, injuring Doris Young. Running back into the room and seeing the small schoolroom in flames, David Young shot his wife, then himself.

All the hostages escaped, though 79 were later hospitalized with burns and injuries.

One of those survivors was Lori Conger, who told her story to Gephardt Daily in an exclusive interview.

“There were rifles lined up against the wall and a very terrible feeling in the room” Lori told Gephardt Daily. “Immediately we knew something was just not right.”

“After running from the school… I fully thought I’d be shot in the back as I ran,” Lori says about the moments after the explosion.

The Cokeville Bombing is now the subject of a new motion picture called “The Cokeville Miracle.” The movie opens in theaters June 5. 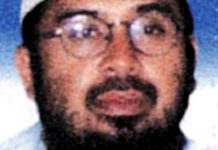 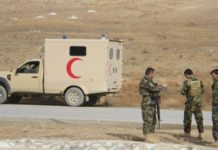