NEW YORK, March 30 (UPI) — Plus-size model Ashley Graham is Maxim‘s cover girl for the first time in her career, but some fans are convinced her photos were edited to make her seem slimmer.

While both the curvaceous Graham and photographer Gilles Bensimon shared the magazine cover image on their respective Instagram accounts this week, the latter artist was the first to confront Photoshop claims as they came.

In response to a fan who said the cover is too edited, Bensimon claimed the image needed “(almost no photoshop) sorry to disappoint you.”

“I shoot this image of Ashley, and we don’t slimmer her at all!!! Sorry because you sound so convinced,” the 72-year-old French photographer wrote to another online critic.

The image shows Graham practically naked save for a white dress shirt she holds in front of her body. The plus-size model stands in a pose which makes her shape less clear, prompting speculation from fans.

Graham, who told Maxim she is looking to build her own empire similar to Jessica Alba, Tyra Banks and other female celebrities-turned-moguls, also shared images from the magazine shoot. She uploaded not only the cover image, but also one where her breasts are covered by nothing but a married man’s hands.

Another post shows Graham posing in a bathing suit from her Swimsuits For All collection, “to be launched in May,” the model added. 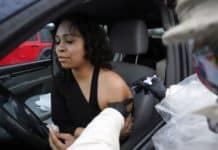 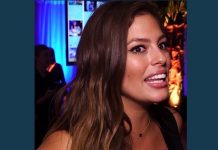