Based on the young adult best selling novel of the same name by Ransom Riggs, “Miss Peregrine’s” follows the story of Jake (Asa Butterfield), a 16-year-old who stumbles across a magical orphanage headed by Miss Peregrine (Eva Green), that houses a group of children with extraordinary powers.

“When Jake discovers clues to a mystery that spans alternate realities and times, he uncovers a secret refuge known as Miss Peregrine’s Home for Peculiar Children,” the film’s synopsis reads.

“As he learns about the residents and their unusual abilities, Jake realizes that safety is an illusion, and danger lurks in the form of powerful, hidden enemies. Jake must figure out who is real, who can be trusted, and who he really is,” it continues.

The footage highlights Burton’s signature colorful and gothic style along with the peculiar children’s various abilities including being weightless, invisibility and a monstrous mouth hidden behind a little girl’s head. By the end the trailer teases Jake and the rest of the orphans having to team up to take on a towering beast. 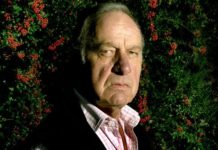 ‘As Time Goes By’ actor Geoffrey Palmer dead at 93 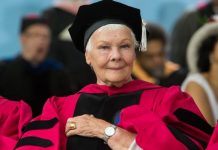 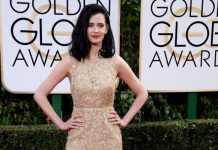