It was reported that her manager, Kayla Pressman, released a statement saying Henderson died Thursday in Los Angeles, surrounded by friends and family.

Henderson was well known for her role as Carol Brady on TV’s “The Brady Bunch” during the 1970s, but her career spanned six decades and many venues, from Broadway to talk shows to the recording studio. She was also a producer, author and motivational speaker.

Born in Dale, Indiana, in 1934, Henderson was the youngest of 10 children. In 1951, according to her biography, she went to New York to study at the American Academy of Dramatic Arts. Having been encouraged to sing from the time she was young child, Henderson was a natural on stage, making her Broadway debut in 1952 in the musical “Wish You Were Here.”  In 1954, she originated the title role in the long-running Broadway musical “Fanny.”

Over the years, Henderson appeared on TV game shows, hosted or co-hosted TV talk shows and news programs, and appeared in commercials for several popular products.

In 2010, she competed on “Dancing with the Stars,” but was eliminated after the first few weeks due to low scores from the judges and the viewers.

In 2013, Henderson was the host of her own cooking show on Retirement Living TV.

Henderson had four children with her first husband, Ira Bernstein, whom she married in 1956 and divorced in 1985. She met her second husband, John Kappas, in the mid-1980s. He was a hynotherapist and founded the Hypnosis Motivation Institute. Henderson studied hypnotherapy and became a certified hynotherapist. Kappas and Henderson were married until his death in 2002. 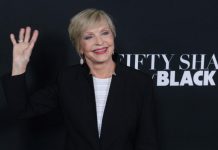 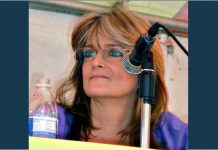