LOS ANGELES, CALIFORNIA – November 12, 2015 (Gephardt Daily) — The rock ‘n’ roll community has lost one of its own. Former ‘Motorhead’ drummer Phil ‘Philthy Animal’ Taylor has passed away at the age of 61.

Motorhead guitarist Fast Eddie Clarke, who played alongside Taylor from 1976 to 1982, posted a tribute on his Facebook page with the news.

Taylor, in a 1983 interview said, “Well, once Lemmy (Ian “Lemmy” Kilmister) starts playing, he’s sort of out there on his own, in a way. It’s something that came naturally; but when Robbo [guitarist Brian Robertson] joined the band, we started working it out a bit more.”

Continuing, he compared the differences to Fast Eddie being in the band, saying “When Eddie was with the band, I played more with the guitar than I did with Lemmy, because he’s not really a bass player,” adding, “Lemmy always plays so fast that it’s always been down to the guitarist and me to keep the rhythm and melody going.” 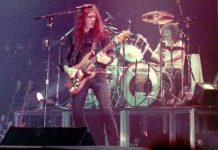 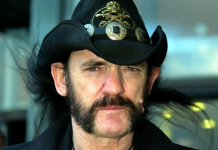 Motörhead’s ‘Lemmy’ Kilmister Passes Away At 70