LOS ANGELES, Aug. 31 (UPI) — Frederick Schmidt is headed for “Supergirl” on The CW.

The actor confirmed he will appear on the show’s upcoming second season by retweeting his agent’s post about his casting Tuesday.

Entertainment Weekly had reported earlier in the day that Schmidt will play the super-villain Metallo. The character will appear in at least two episodes, beginning with the Season 2 premiere on Oct. 10.

In the DC Comics, Metallo begins as the journalist and secret murderer John Corben. The character will develop his powers in “Supergirl” after being badly injured in a fight with Supergirl (Melissa Benoist) and Superman (Tyler Hoechlin).

Benoist returned as Kara Danvers, aka Supergirl, in a Season 2 poster released this week. Executive producer Andrew Kreisberg recently told Collider that he “can’t wait” for fans to see the new season.

Schmidt has previously appeared in such films as “Starred Up,” “Snow in Paradise” and “Second Coming.” He is also slated for “Patient Zero” with Natalie Dormer and “Brimstone” with Dakota Fanning. 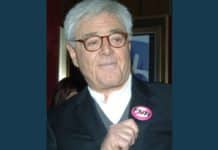 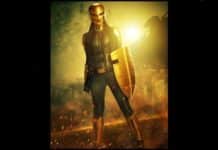