April 9 (UPI) — An open-casket funeral was held Sunday in St. Louis for music legend Chuck Berry, who died March 18 at the age of 90.

Berry was seen wearing his signature captain’s cap and a red, electric guitar was placed in the lid of his coffin at The Pageant Theater in St. Louis.

The St. Louis Post-Dispatch said hundreds of mourners — including musician and television personality Paul Shaffer — attended the memorial where the Rev. Alex I. Peterson told the crowd: “We are going to celebrate him in a rock and roll style. We’re not going to sit here and be sad.”

Berry was known for his hit songs “Maybellene,” “My Ding-a-Ling,” “Roll Over Beethoven” and “Johnny B. Goode.” 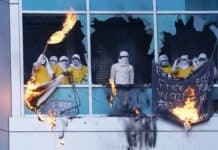 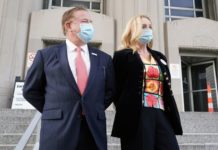