WASHINGTON, March 11 (UPI) — Garth Brooks has asked fans for their patience after announcing he is postponing his next studio album due to songwriting issues.

The famed country singer shared a lengthy Facebook post Thursday to reflect on 2015 and explain the work needed behind good songwriting.

“I was not confident in my own writing…it is a muscle and if you don’t use it, you just can’t turn it back on again…it takes time,” he wrote.

“And because of that, teamed with the touring schedule, I am asking a huge favor from you, I am postponing the release of the new studio record…I ask for your patience as I explore the writing again.’

The singer reported he had been working at it for just over four months, predicting the album will be the most “Garth thing I have ever done.”

Despite postponing the album, Brooks asked fans to expect a release of the new record this summer.

Brooks had previously went 13 years without producing a studio album before dropping his 2014 record Man Against Machine. Rolling Stone noted Brooks only co-wrote three of the album’s 14 songs. Brooks and his wife, singer Trisha Yearwood, are in the middle of a world tour.

Last November, Brooks and his wife of 10 years joined President Jimmy Carter and his wife Rosalynn Carter on a Habitats for Humanity project. The couple takes part in the activity often, having supported the charity since 2007. 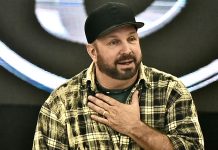 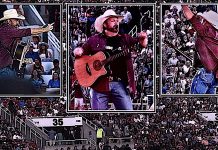