The 56-year-old actor and 40-year-old barrister gave the sum to the upcoming March for Our Lives event that will take place March 24 in Washington, D.C. The couple donated in the name of their 8-month-old twins, Ella and Alexander.

“Amal and I are so inspired by the courage and eloquence of these young men and women from Stoneman Douglas High School,” George said in a statement to People.

George and Amal will attend the march alongside survivors of the school shooting that left 17 dead Feb. 14 in Parkland, Fla. Five students organized the rally in collaboration with Everytown for Gun Safety, according to Variety.

“Our family will be there on March 24 to stand side by side with this incredible generation of young people from all over the country, and in the name of our children Ella and Alexander, we’re donating $500,000 to help pay for this groundbreaking event,” George said. “Our children’s lives depend on it.”

Lady Gaga, Justin Bieber and Zendaya are among the other celebrities who have voiced support for Stoneman Douglas students and March for Our Lives. Lady Gaga called the survivors “true models” in a tweet Monday.

“Parkland Survivors and others that are standing up through the media are so brave and are true role models,” the 31-year-old singer wrote. “I’m speechless at their courage. And so proud that these kids and young adults are our future. #GunControl #ParklandStudents The question now is will our leaders listen.”

“Cameron good talking to you last night. All of your bravery is amazing. I stand with you guys. #march24 #marchforourlives,” the 23-year-old singer wrote. 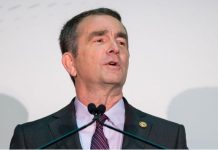 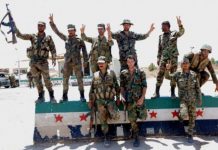 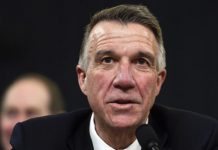