NEW YORK, Jan. 18 (UPI) — Glenn Frey, guitarist for The Eagles, died of complications from rheumatoid arthritis, acute ulcerative colitis, and pneumonia, according to the band.

Frey’s condition took a turn for the worse in the last several weeks, the band said in athe statement on their website, announcing he died January 18 in New York City. The band included with the statement the lyrics to the song “It’s Your World Now,” which Frey wrote.

“Words can neither describe our sorrow, nor our love and respect for all that he has given to us, his family, the music community and millions of fans worldwide,” the band said in the statement.

The guitarist had been battling intestinal issues since the mid-1980s, which he blamed on the band’s drug- and alcohol-fueled excess as rock stars in the 1970s,reported the Washington Post.

“He had an encyclopedic knowledge of popular music and a work ethic that wouldn’t quit,” bandmate Don Henley said in an issued statement, according to Consequence of Sound. “He was funny, bullheaded, mercurial, generous, deeply talented and driven. He loved his wife and kids more than anything. We are all in a state of shock, disbelief and profound sorrow.” 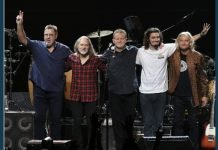 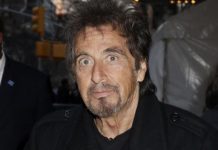 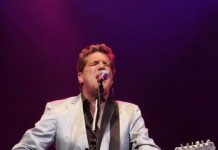