On Monday’s show, Robach was discussing “whitewashing” in Hollywood — casting white people in roles that should be played by people of color — when she used the antiquated put-down.

“We all know Hollywood has received recent and quite a bit of criticism for casting white actors in what one might assume should be a role reserved for colored people,” Robach said.

Robach faced instant backlash on social media and later said she meant to use the term “people of color.”

“This morning during a segment about Hollywood casting, I mistakenly said ‘colored people’ instead of ‘people of color.’ I sincerely apologize. It was a mistake and is not at all a reflection of how I feel or speak in my everyday life,” she said in a statement. 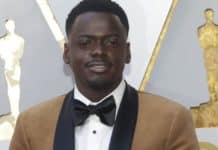