May 30 (UPI) — A California man out cruising in his DeLorean DMC-12 was pulled over on the highway for traveling a speed familiar to 80s movie fans: 88 mph.

Spencer White of Santa Clarita said he was taking his mother for a drive on the 14 Freeway about 9 p.m. Friday in his 1982 DeLorean, a car most famous for being converted into a time machine by Christopher Lloyd‘s Doc Brown in the “Back to the Future series,” when he noticed he was going 85 mph.

White, who just bought his dream car a month ago, said he was only going 88 — the speed needed for Doc Brown and Marty McFly to travel through time — for “about two seconds” when he was pulled over by a California Highway Patrol officer.

“He’s even got this big grin on his face like he’s won the lottery,” White said.

He said the officer told him he was clocked in at exactly 88 mph.

“All of us started busting up laughing,” White told The Signal of Santa Clarita Valley.

White said the officer showed him the read-out on his radar gun showing the speed.

White said the officer asked if his car was outfitted with a flux capacitor, the invention that allowed Doc Brown’s DeLorean to travel through time, but he responded that he had left it at home because he was sadly “out of plutonium.”

He said the officer issued him a speeding citation, but he considers the $400 “dream ticket” to be the perfect souvenir.

“Maybe if I had the flux capacitor he would have let me off,” White joked. 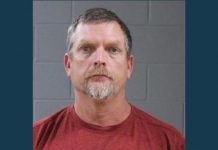 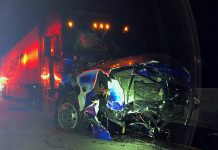