LOS ANGELES, March 22 (UPI) — Guy Pearce, Mary-Louise Parker and Rachel Griffiths are to star in the limited series “When We Rise,” written and created by Oscar-winning scribe Dustin Lance Black.

The roles of African American community organizer Ken Jones and transgender activist Cecelia Chung are still to be cast, ABC said in a press release.

“‘When We Rise’ chronicles the real-life personal and political struggles, set-backs and triumphs of a diverse family of LGBT men and women who helped pioneer one of the last legs of the U.S. Civil Rights movement from its turbulent infancy in the 20th century to the once unfathomable successes of today,” a synopsis said.

The miniseries is executive produced by Black, Laurence Mark, Bruce Cohen and Gus Van Sant for ABC. Van Sant will direct the 2-hour premiere of the seven-episode program.

Cleve Jones was a young Quaker from Arizona, who joined the gay-liberation movement in 1972 and was befriended by pioneer gay-rights leader Harvey Milk. He also founded the Names Project AIDS Memorial Quilt and led the National March for Equality in 2009. 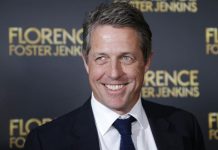 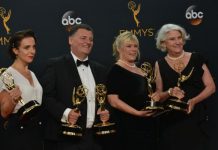 New ‘Little Women’ miniseries is in the works 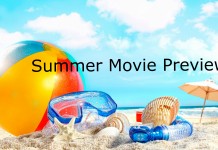