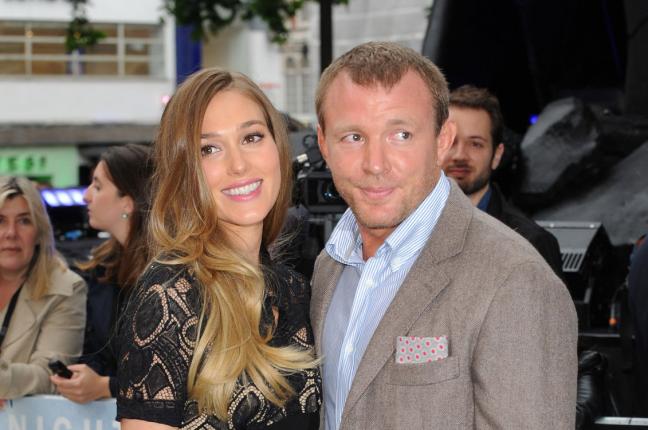 The 46-year-old director and 33-year-old model, who both hail from England, said their “I dos” at their Wiltshire estate. Ritchie purchased the historic Ashcombe House, which sits on more than 1,000 acres, in 2001.

Brad Pitt, David Beckham and Jason Statham were among the celebrity guests in attendance. Ainsley and actors Monet Mazur and Luca Calvani all shared photos from the ceremony on Instagram, with the bride writing, “Happiest day of my life.”

Ritchie and Ainsley have been together since 2010, and got engaged in October 2012. The couple have three children together: 3-year-old son Rafael, 2-year-old daughter Rivka and 13-month-old son Levi.

Ritchie was previously wed to Madonna from 2000 to 2008, and shares nine-year-old son David with the singer. The director last helmed the 2011 film Sherlock Holmes: A Game of Shadows, and has The Man from U.N.C.L.E. and Knights of the Roundtable:King Arthur in the works.