Faye Marsay, Jason Watkins and Josh McGuire will co-star in the five-part series, which is described in a news release as “a fictionalized adaptation of Nina’s letters home to her sister: a charming, laugh-out-loud, culture-clash drama series about a young nanny from Leicester finding her feet in 1980s London.”

“Nina Stibbe’s book Love, Nina has already established itself as a much-loved piece of comic writing and I love it. Her observations and worldview were the inspiration for a show that we think captures the same spirit. It’s been a joy to write and we’re thrilled with the quality of our cast,” screenwriter Hornby said in a statement.

“It’s a joy to be working with Helena again and even more so to be collaborating on such wonderful material and with such a talented ensemble,” director S.J. Clarkson added.

Filming is to begin in London this month.

Hornby is best known for penning the books About a Boy, High Fidelity and Fever Pitch, which were all successfully adapted for the big screen. Bonham Carter’s film credits include the Harry Potter franchise, Lady Jane, A Room with a View, Howards End, Fight Club, Big Fish, Alice in Wonderland, Dark Shadows, The King’s Speech and Les Miserables. 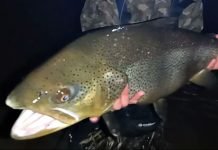