LOS ANGELES, Sept. 19 (UPI) — Henry Winkler paid tribute to late director and producer Garry Marshall Sunday during the Emmys where he spoke about his life and their friendship.

“I could talk endlessly about the career in TV of the great Garry Marshall … but to mention him only as a creator of entertainment would leave out 90 percent of the reason that Garry Marshall was one of the most beloved men in the history of our business,” Winkler said onstage during the event’s In Memoriam segment.

“He created effortlessly. He would have an idea, he would give some thought, and it would come out of his mind like a genie out of a bottle. He was loyal. He had generosity of spirit and knowledge. I should know, he gave me my career,” he continued, referring to “Happy Days.”

During the speech, Winkler also gave an impression of Marshall saying, “Garry would always say, ‘Other people make important television. I make recess.’ So on behalf of all of us Garry, thank you for inviting us into your schoolyard.”

Marshall died of complications from a stroke in July at the age of 81. Other television classics developed by Marshall include “The Odd Couple,” “Laverne and Shirley” and “Mork and Mindy.” In terms of films, he is known for directing “Beaches,” “Pretty Woman,” “Runaway Bride” and “The Princess Diaries.” 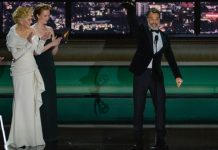 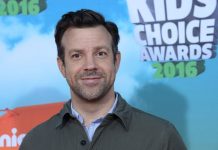