Oct. 10 (UPI) — Norman Reedus and his co-stars from “The Walking Dead” headed to Washington Tuesday with props from the zombie-apocalypse drama to be enshrined at the Smithsonian.

“Hershel head for the SMITHSONIAN!!!! ( what an honor to meet u guys in DC,)” Reedus said in a Facebook post.

The message accompanied a photo of the actor wearing a black suit and tie and holding up the disembodied head of moral compass Hershel Greene, who was played by Scott Wilson from 2011-2014. Hershel was killed by the villain The Governor, played by David Morrissey, in Season 4.

“These items from one of the most watched shows in cable television history represent America’s fascination with horror as a genre that has crossed into main stream family viewing,” Eric Jentsch, arts and culture curator at the museum, said in a statement.

Season 8 of the show is scheduled to begin on AMC Oct. 22. It will be the 100th episode of “The Walking Dead.” 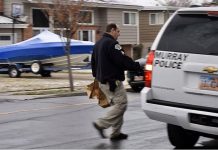 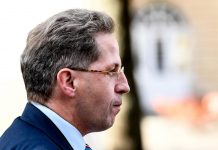