SALT LAKE CITY, Utah, March 20, 2017 (Gephardt Daily) — So, Monday morning on “The Todd and Erin Morning Stream,” Fan X ’17 was a big topic of discussion — “The Walking Dead” panel with the actors who play Abraham, Ezekiel and Eugene was absolutely epic — so I (Erin here) spent the rest of the day trying to chase down Michael Cudlitz (Abraham) for an interview.

Our photographer Richard has a cruel surprise for me. Because he’s evil. More footage from Fan X all week!

Plus! Did you know Elvis bought Graceland on this day in history in 1957? The estate is worth over $1 billion now, but you’ll never believe what he bought it for ….

They’re filming a movie on our street, and Todd’s found a new way to make money off the crew. I am not pleased.

There’s a lovely “Tell Me Something Good” about the power of a little girl’s birthday party, March Madness at the Pentagon and, ugh!, beer made from sewer water. All on “The Todd and Erin Morning Stream.” Have a look, won’t you? 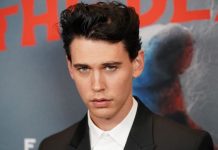 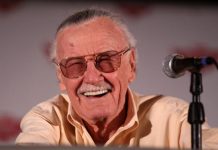 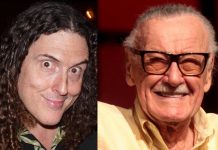