Nov. 12 (UPI) — Hilaria Baldwin is feeling “devastated” after having her second miscarriage in seven months.

Baldwin, 35, shared an emotional video Monday on Instagram after the miscarriage of her fifth child with her husband, actor Alec Baldwin.

“We are very sad to share that today we learned that our baby passed away at 4 months. We also want you to know that even though we are not ok right now, we will be,” Baldwin captioned the post.

“I’m really devastated right now…I was not expecting this when I went to my scan today,” she added. “I don’t know what else to say…I’m still in shock and don’t have this all quite clear. Please no paparazzi…that’s all I ask.”

The video shows Hilaria Baldwin cuddled up with Carmen, her 6-year-old daughter with Alec Baldwin. Carmen embraces and kisses her mother as Hilaria Baldwin promises to “try really hard” to give Carmen another younger sibling.

The Baldwins also have three sons, 4-year-old Rafael, 3-year-old Leonardo and 17-month-old Romeo. Hilaria Baldwin had announced in September that she was expecting again.

She had a miscarriage in April, just days after confirming her pregnancy. She reflected on the experience on Instagram, saying she was experiencing both sadness and optimism.

“In coping with loss or a difficult time, it is important to be present for your emotions and process, but also keep an eye on perspective and joyful moments,” she said in April.

“When I get sad, I like to remind myself that sadness passes like a season,” she added. “I like to look at my blessings, my happiness, and always remembering that I have so many more good times to look forward to.”

The couple married in 2012. Alec Baldwin also has a 24-year-old daughter, Ireland Baldwin, with Kim Basinger. 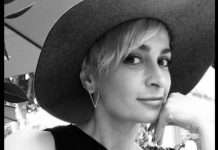 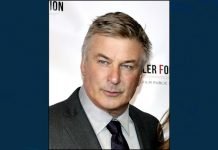