MELBOURNE, AUSTRALIA – November 15, 2015 (Gephardt Daily)- Like Mike Tyson with Buster Douglas in Japan a generation ago, Ronda Rousey met her fate halfway across the world.

Rousey (12-1) was stunned by heavy underdog Holly Holm (10-0) in the main event of UFC 193 on Saturday in front of a crowd expected to top 50,000 at Etihad Stadium in Melbourne, Australia. A knockout via head kick ended the bout at 59 seconds of the second round.

“I worked harder for this than anything I ever have in my life,” Holm said. “I put more time in the gym than I ever have for any fight.”

Rousey, of Venice, Calif., became a mainstream star with a menacing, take-no-prisoners persona. But the 34-year-old Holm, of Albuquerque, N.M., is a former three-weight-class world boxing champion and was not fazed by Rousey’s aura.

Holm effortlessly parried Rousey’s boxing, held her judo-throw attempts in check with low kicks, and peppered the stationary Rousey in the pocket. This continued until the head kick dropped Rousey cold to the mat.

“We knew she’d charge out,” Holm said. “We were prepared for anything.”

In the co-feature bout, strawweight champion Joanna Jedrzejczyk (11-0) of Poland put on a clinic against Valerie Letourneau (8-4) of Montreal.

After the first two rounds were close, Jedrzejczyk began to pull away in the third, using her patented footwork and brutally efficient striking to slowly wear down the challenger.

Letourneau went the distance but came out with a left leg beaten raw and a bruised and swollen face.

Popular brawler Mark Hunt (11-10-1) of New Zealand gave the crowd what they came to see with a first-round knockout of Antonio “Bigfoot” Silva of Brazil. In a rematch of a memorable 2013 fight that went to a draw, the 41-year-old Hunt landed the perfect right hand behind the ear to drop Silva for the victory in 3:41.

“I was ready and trained really hard. I’m ready to go again,” said Hunt, who snapped a two-fight losing streak. “With rematches, I know not to make the same mistake twice.”

Robert Whittaker (15-4) of New Zealand had too much for Uriah Hall (12-6) of New York in their middleweight showdown. Hall is known for a wide variety of flashy strikes, but he was also fighting for the third time in 98 days and didn’t seem to have his usual zip.

Whittaker, a meat-and-potatoes slugger, managed to dart in and out and land solid shots while avoiding Hall’s unorthodox kicks, which was enough to seal his fourth straight win. Whittaker received two 30-27 scores and a 29-28 for a unanimous decision.

Rosholt used takedowns and grappling to nullify Struve’s height and reach advantage during the first two rounds. He then held on when Struve came on in the final round.

“It’s hard to find someone that tall at a world class level,” Rosholt said. “You can’t walk down the street and find that. I felt it was a really poor performance on my end, but it was against a tough guy.” 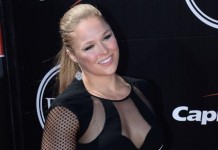 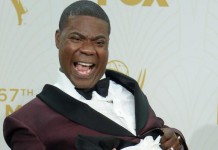 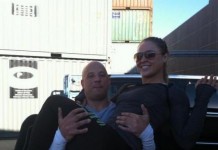