The New York Times said the amount exceeded the $100 million the celebrity — whose real name is Terry G. Bollea — had requested. Punitive damages will be established separately and may raise the amount considerably higher.

Witnesses said Bollea wept as the verdict was read late Friday afternoon after the jury deliberated for about six hours.

Bollea’s lawyers called the decision “a statement as to the public’s disgust with the invasion of privacy disguised as journalism.”

“We feel very positive about the appeal that we have already begun preparing, as we expect to win this case ultimately,” he said.

Gawker.com released footage in 2012 from a black-and-white video made in the mid-2000s, showing Bollea having sex with the wife of a friend, Todd Clem, a radio shock jock known as Bubba the Love Sponge.

The website argued the publication of the tape is protected by the U.S. Constitution, saying Bollea surrendered his right to privacy by publicly discussing his sex life. Bollea’s lawyers maintain the release of the video was an invasion of privacy with no news value that would allow Gawker to invoke the First Amendment for protection. 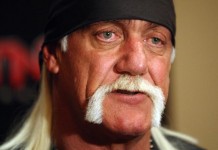 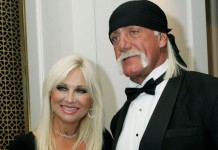