Ingrid Oliver Returns to “Dr. Who” Although Her Character is Dead!

NEW YORK, May 8, 2105 (UPI) — Ingrid Oliver is returning to Doctor Who for Season 9, even though her character, UNIT scientist Osgood, was killed off in the Season Eight finale.

“Osgood is back, fresh from her recent murder at the end of last series. We recently confirmed that Osgood was definitely dead and not returning — but in a show about time travel, anything can happen. The brilliant Ingrid Oliver is back in action. This time though, can the Doctor trust his No. 1 fan?” Steven Moffat, the science-fiction show’s lead writer and executive producer, said in a statement Friday.

“As every actor who’s worked on Doctor Who will tell you, there’s always the secret hope you’ll get the call asking you to come back. To actually receive that call is both unexpected and brilliant. The word ‘honor’ gets bandied about a lot, but it really is. It’s an honor. Especially because I was so sure Osgood was a goner after the last series!” Oliver said on the show’s set.

Oliver’s two-part episode is being filmed in Cardiff, Wales. The show stars Peter Capaldi as the titular time-traveler and Jenna Coleman as his companion Clara Oswald.

Season Eight will premiere on BBC America this fall. 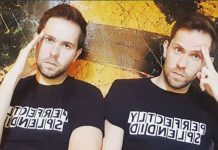