The 29-year-old former NFL player told People he’s “deeply sorry” for “the pain” he’s caused Kramer after the 32-year-old actress and singer accused him of being unfaithful in the magazine’s Oct. 17 issue.

“I acknowledge that certain actions and behaviors have caused issues in my marriage and I am deeply sorry for the pain I have caused Jana,” Caussin said.

“I have and will continue to take the steps needed to change who I am as a person in order to be a better husband and father,” he added.

Kramer and Caussin, who share 8-year-old daughter Jolie, split in August after 15 months of marriage. Caussin entered rehab for “undisclosed reasons” at the time, although Kramer later hinted that he had cheated.

“‘Maybe next time he’ll think before he cheats.’ Thanks @carrieunderwood. #music=therapy,” she captioned a video of herself singing along to Underwood’s song “Before He Cheats” in September.

Kramer, who was previously wed to Michael Gambino and Johnathon Schaech, told People she was “swept away” by Caussin when they started dating in 2014. She said she’s now “truly starting to figure out [her] worth” after her husband’s reported infidelity.

“Mike was the biggest of the betrayals because it was the first time in a relationship where I truly loved the version of me. I didn’t feel like I had to prove that I was good enough, I was vulnerable and finally at peace with myself,” the star explained. “But I was fooled.”

Kramer also revealed in the issue that Gambino, her first husband, was abusive and convicted of her attempted murder. He was sentenced to six years in prison and killed himself two years after his release. 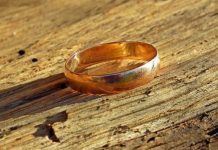 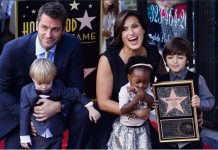