April 30 (UPI) — Jay DeMarcus says he placed a daughter for adoption in his early 20s after his then-girlfriend became pregnant.

The 48-year-old musician writes about the experience in his memoir, “Shotgun Angels: My Story of Broken Roads and Unshakeable Hope,” which debuted Tuesday.

DeMarcus recalled how his then-girlfriend, Maggie, got pregnant after the condom broke the first time they slept together. The pair “never” considered abortion an option and began discussing adoption.

“It became evident that Maggie wanted nothing to do with me. There was no interest in the two of us somehow working things out so we might raise our child together,” DeMarcus wrote, according to People.

Maggie moved forward with adoption, despite DeMarcus’ desire to be part of the child’s life.

“From the very beginning, I wanted to be in [my baby’s] life,” he said. “But her mother, Maggie, didn’t want either one of us in her life. That was a hard pill to swallow.

“My heart finds satisfaction in knowing she ended up with a wonderful family, but I’ve had to live with this my entire life,” he said. “The adoptive family was supposed to give her a letter when she turned 14, explaining that I loved her, did not abandon her, and have tried several ways to make it possible to be in her life.”

DeMarcus said the experience contributed to his depression and challenged his faith. He said in an Instagram video Tuesday he hopes his book helps encourage others going through a difficult time in life.

“It’s my personal journey, of what happened in my life to get me where I am today,” the musician said of the memoir. “I really believe that if you’re faced with a tough time right now in your life, you can find some encouragement in here and some hope to keep you going.

“I love you guys. I appreciate all the support already,” he added.

DeMarcus today is parent to 8-year-old Madeline and 6-year-old son Dylan with his wife, Allison Alderson. Alderson shared a slideshow of family photos on Easter this month. 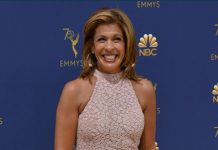 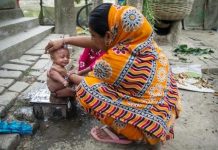